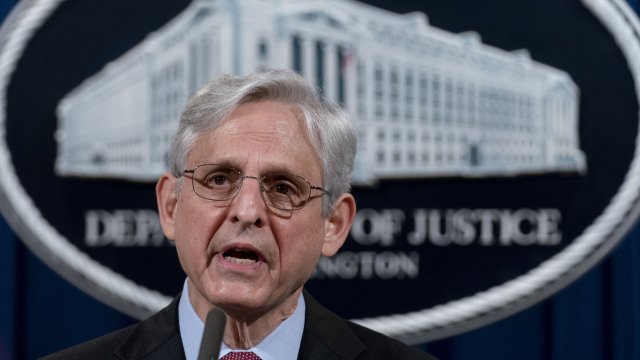 Attorney General Merick Garland announced a sweeping civil investigation into the practices of the Minneapolis Police Department just one day after the conviction of Derek Chauvin.

"The investigation I am announcing today will assess whether the Minneapolis Police Department engages in a pattern or practice of using excessive force including during protests. The investigation will also assess whether the MPD engages in discriminatory conduct and whether its treatment of those with behavioral developmental disabilities is unlawful," Garland said.

The announcement comes just days after the DOJ reversed a Trump administration-era policy that made it more difficult to launch wide-ranging federal investigations of police departments.

The DOJ has launched similar probes before. In 2014, following the killing of Michael Brown in Missouri, a federal review concluded that the Ferguson Police Department engaged in "a pattern of unconstitutional policing."

In 2017, after Freddie Gray died in police custody, the DOJ entered a consent decree with the city of Baltimore. Now, Minneapolis.

"The Justice Department also has the authority to bring a civil lawsuit asking a federal court to provide injunctive relief that orders the MPD to change its policies and practices to avoid further violations," Garland added.

This investigation is separate from a federal civil rights probe into the death of George Floyd.