Sen. Menendez Could Be Facing Another Corruption Trial 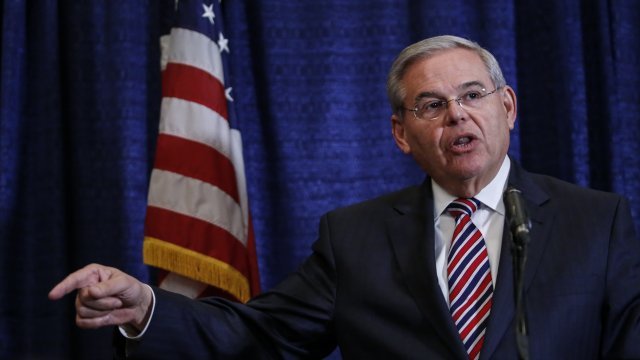 A corruption case against New Jersey Sen. Bob Menendez ended with a mistrial last year. Now, the Department of Justice wants a do-over.

The DOJ is calling for Menendez to face a retrial on corruption and bribery charges "at the earliest possible date." Menendez's office says the government has decided to "double down on an unjust prosecution."

The senator is accused of trying to win political favors for Salomon Melgen, a wealthy eye doctor who gave Menendez gifts and donations.

After the first jury deadlocked in the case, one of the jurors told The Washington Post that the government didn't have enough evidence to support its charges. Proving public corruption has become harder for prosecutors thanks to a 2016 Supreme Court decision, which vacated another politician's public corruption conviction.

Shortly after his trial, the Senate Ethics Committee reopened an investigation into Menendez. The senator is up for re-election this year.