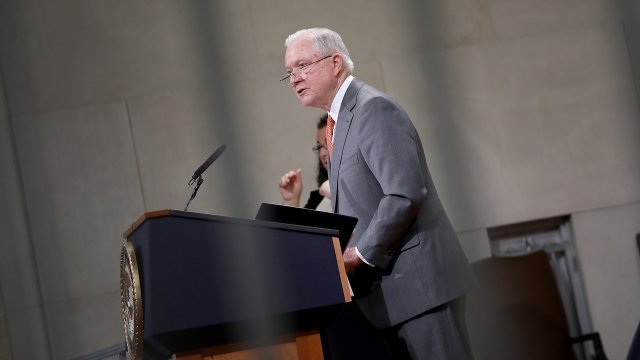 The Department of Justice is launching a new religious liberty task force.

"A task force will help the department fully implement our religious liberty guidance by ensuring that all Justice Department components — and we've got a lot of components around the country — are upholding that guidance in the cases they bring and defend, the arguments they make in court, the policies and regulations they adopt, and how we conduct our operations," Sessions said.

Religious liberty has been a focus of the Trump administration. The president signed a religious liberty executive order in May 2017. Then in May 2018, he announced the Faith and Opportunity Initiative, a new White House office that's meant to help faith-based organizations get equal access to government funding. And most recently, the State Department hosted the first ever Ministerial to Advance Religious Freedom.

In his announcement, Sessions included examples of DOJ efforts to defend people of multiple faiths, including Orthodox Jews, Hindus and Muslims.

But activist groups spoke out against the new task force. The ACLU and the Human Rights Campaign said they're concerned about discrimination against the LGBTQ population in the name of religious freedom.