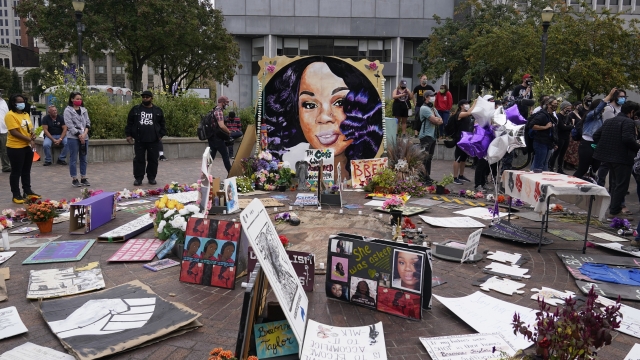 The Department of Justice is launching an investigation into policing practices at the Louisville Police Department in Kentucky more than a year after officers shot and killed Breonna Taylor.

"The investigation will assess whether LMPD engages in a pattern or practice of using unreasonable force, including with respect to people involved in peaceful, expressive activities," Attorney General Merrick Garland said. "It will determine whether LMPD engages in unconstitutional stops, searches, and seizures, as well as whether the department unlawfully executes search warrants on private homes."

This is the federal government's second "pattern or practice" investigation of a local police force in the past few days.

The Louisville Police Department has faced scrutiny since officers shot and killed Taylor at her home while executing a warrant as part of a narcotics investigation.

A no-knock warrant was approved but police say they did knock and announce they were there before entering. Witnesses disputed that. No drugs were discovered and the warrant was later found to be flawed. No officers have been charged in Taylor's death.