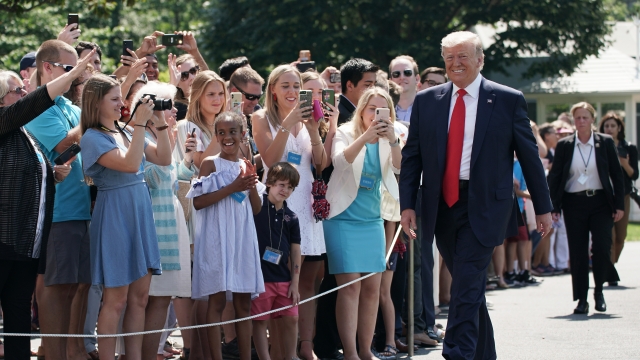 President Donald Trump hasn't given up on adding a citizenship question to the 2020 census. He's considering a number of options, including an executive order.

"We're thinking about doing that," President Trump said Friday. "It's one of the ways. We have four or five ways we could do it."

He also said they could add an addendum to the questionnaire that would let the question get added on later.

Lawyers from the Department of Justice told a federal judge in Maryland Friday the Trump administration will continue to look at its options on how to get the question on the census. However, DOJ lawyers didn't mention the potential executive order.

The Supreme Court ruled last week the administration can't add a citizenship question unless it provides a more clear reason on why the question is needed. On Tuesday, the Commerce Department said the Census Bureau has already started the process of printing the questionnaires without the question on it.

The Department of Justice says it wants to add the question to enforce the Voting Rights Act of 1965. Critics worry adding the question could stop people from participating in the census. Besides counting the country's population, the census determines the number of seats each state has in the U.S. House of Representatives, as well as some federal funding.