DOJ Agrees With Arpaio And Says His Case Should Be Dismissed 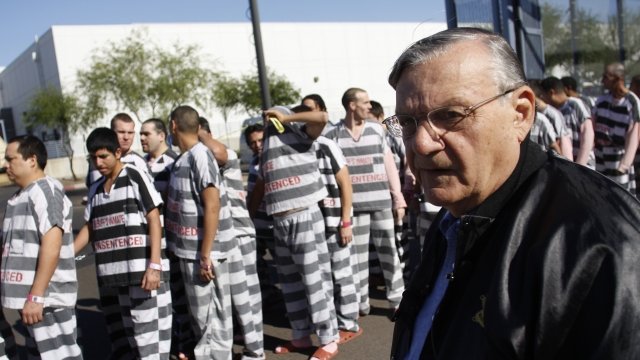 SMS
DOJ Agrees With Arpaio And Says His Case Should Be Dismissed
By Lindsey Pulse
By Lindsey Pulse
September 12, 2017
The Justice Department argues the former Arizona sheriff's guilty verdict should be vacated after Arpaio was pardoned by President Donald Trump.
SHOW TRANSCRIPT

The Trump administration agrees that former Maricopa County Sheriff Joe Arpaio's case should be thrown out.

The former Arizona sheriff was found guilty of criminal contempt after his department ignored a court order to stop what a judge ruled were racial profiling practices.

Arpaio was supposed to be sentenced in October, but President Donald Trump pardoned him before that happened. That means Arpaio won't have a chance to appeal the case, and the guilty verdict still stands.

Now, the Justice Department says Arpaio's case should be dismissed as moot. 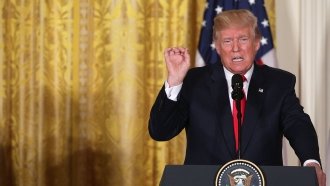 The DOJ argues since Arpaio won't face any consequences for his conviction due to the president's pardon, the court should "vacate" the verdict.

The DOJ filling is in response to a motion from Arpaio's lawyers asking to dismiss the case on the same grounds.