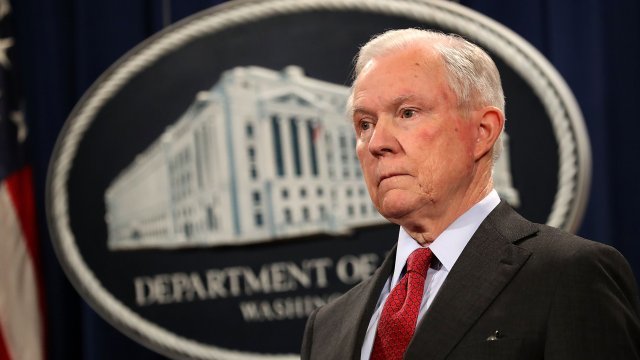 It's going to take "high level action" to fix the issues, according to a report from the department's inspector general.

The Department of Justice has some major "systemic" problems with sexual harassment complaints, and it's going to take some "high level action" to fix it.

That's according to the department's Inspector General Michael Horowitz.

He made the announcement the same day new allegations of harassment came to light in Congress.

He wrote a memo in May outlining numerous department issues, including a failure to report sexual harassment complaints, no formal standards for filing complaints, poor disciplinary practices and even offering performance rewards to employees under investigation.

The complaints have increased over the past five years and some include top department officials. Allegations included employees groping women's body parts and sending harassing texts and emails.

A spokesman for the department told The Washington Post Deputy Attorney General Rod Rosenstein has gathered a group to review the issues and will respond with possible recommendations.