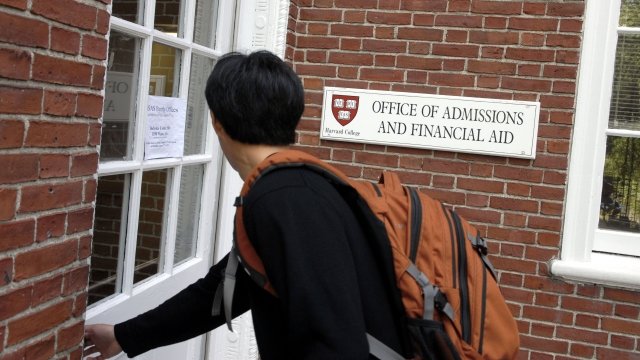 The Department of Justice is siding against Harvard College in a racial discrimination lawsuit.

More than 60 Asian American organizations filed a complaint in 2014 alleging the college discriminates against their race during the admissions process. The groups claim the college holds Asian Americans to a higher admission standard compared to other ethnicities.

In a statement filed Thursday, the DOJ says, "Harvard has failed to show that it does not unlawfully discriminate against Asian Americans." The department notes Harvard receives millions in taxpayer dollars every year, and as a condition of that funding, it agrees to not racially discriminate.

Attorney General Jeff Sessions said, "No American should be denied admission to school because of their race."

In March, The Harvard Crimson reported the college accepted less than 5 percent of 42,749 applicants for the class of 2022 — a record low.

According to CNN, the case will be sent to trial in Boston in October.