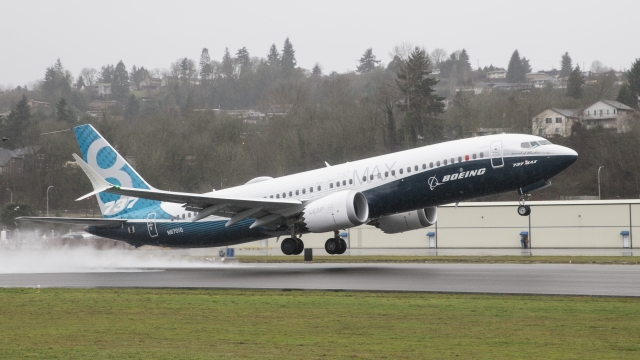 Sources told CNN Wednesday that Justice Department prosecutors have issued multiple subpoenas as part an ongoing investigation into the FAA's certification and marketing of the planes.

Just a day before, Transportation Secretary Elaine Chao called on the department's inspector general to investigate whether the FAA used appropriate design standards when approving the automated system.

Chao said: "Safety is the top priority of the Department."

The departments launched investigations after two deadly crashes. The first happened in October, when a Lion Air plane crashed into the Java Sea just minutes after takeoff, killing all 189 people on board.

And on March 10, an Ethiopian Airlines flight crashed en route to Nairobi, Kenya, killing all 157 people on board. In both instances, the planes that crashed were new Boeing 737 MAX 8s.

An investigation into the Lion Air crash revealed that pilots battled with the plane's automatic stall-prevention system to try to keep the plane in the air. That system pulls the plane's nose down automatically if data says the nose's angle is too high, which can cause the plane to stall.

Preliminary data from the Ethiopian Airlines plane's black boxes shows "similarities" to the Lion Air plane crash. Authorities are investigating whether the automatic stall-prevention system had anything to do with the crash.

Boeing is working to develop a software update and a pilot training program to address issues related to the Lion Air crash. The FAA says both are agency priorities.