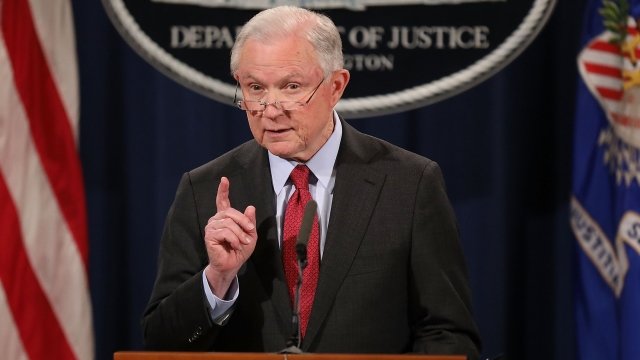 The U.S. Department of Justice has charged hundreds of people in what it's calling the "largest ever health care fraud" takedown in U.S. history.

On Thursday, the DOJ announced charges against 601 individuals, including 165 doctors and other licensed medical professionals.

Dozens of defendants were charged for their roles in prescribing and distributing opioid painkillers and other narcotics.

Attorney General Jeff Sessions said during Thursday's announcement, "Some of our most trusted medical professionals look at their patients, vulnerable people suffering from addiction, and they see dollar signs."

The charges were part of an annual health care fraud takedown overseen by the Justice Department and the Department of Health and Human Services.