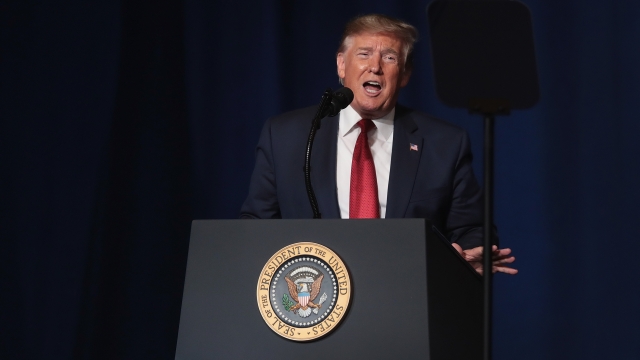 The department filed the request after the appeals court ruled President Trump couldn't block critics on his public Twitter account.

President Donald Trump is challenging a court decision that said he was violating the First Amendment by blocking critics on his public Twitter account. The Justice Department filed a request Friday to have the 2nd U.S. Circuit Court of Appeals rehear the case.

In July, the appeals court upheld a prior ruling that decided the @realDonaldTrump account is a "designated public forum," in part, because it's sometimes controlled by government officials or used for official government business. It said blocking users from it is discriminatory.

President Trump's official Twitter account has 63.5 million followers and nearly 44,000 tweets. He often uses it to make policy statements, like when when he announced he was nominating Christopher Wray to head the FBI and when he informed the public about discussions regarding North Korea's nuclear program.

But the Justice Department argues that @realDonaldTrump is the president's personal account and will continue to be used after he leaves office. In Friday's filing, the DOJ called the appeals court's unanimous ruling "fundamentally misconceived."