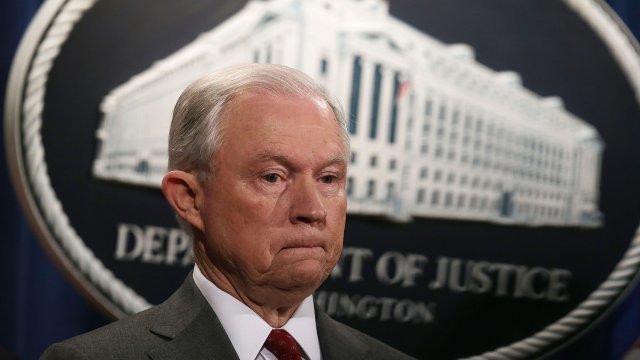 SMS
DOJ Calls DACA Unlawful, Says It Won't Defend Program In Lawsuit
By Gabrielle Ware
By Gabrielle Ware
June 10, 2018
Texas and six other states are suing the federal government over DACA, which they say is unconstitutional.
SHOW TRANSCRIPT

The U.S. Department of Justice seems to agree with the plaintiffs in a lawsuit claiming the Deferred Action for Childhood Arrivals program is unlawful.

Texas and six other states sued the federal government to end DACA last month. The states say the program, which offers protections to hundreds of thousands of undocumented immigrants brought to the U.S. as children, is unconstitutional.

In a filing Friday, the DOJ said it won't defend DACA in the suit and called the program "an open-ended circumvention of immigration laws."

And Attorney General Jeff Sessions is a long-time DACA opponent.

Multiple nationwide rulings have allowed the program to continue. But the states said in their lawsuit they want DACA to be effectively phased out "within two years."