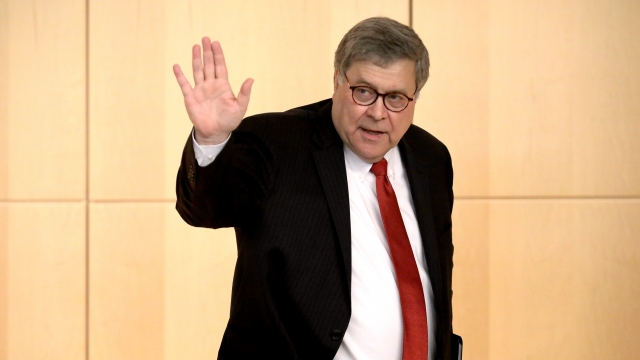 The Department of Justice is dismissing reports that say Attorney General William Barr is thinking about stepping down from his post.

Barr recently told ABC News that the president's Twitter commentary makes it "impossible" to do his job.

That interview came after President Trump complained on Twitter about federal prosecutors' initial sentencing recommendation for his longtime associate Roger Stone. The DOJ has since backed away from that recommendation.

Barr's decision to intervene prompted more than 2,400 former DOJ officials and prosecutors to sign an open letter calling on him to resign.

Three high-ranking Republican lawmakers in Congress released a joint statement in support of Barr Tuesday, describing him as a "man of the highest character and unquestionable integrity."