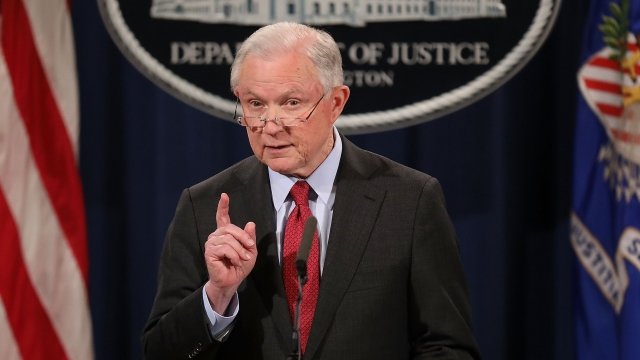 The Trump administration is asking the Supreme Court to narrow an injunction ordered by a lower court that bans the government from withholding federal grant money from so-called sanctuary cities.

In September, a judge ruled the Department of Justice could not withhold federal grant money from Chicago based on its immigration enforcement practices. A district judge issued a nationwide injunction banning the DOJ from implementing that policy in other cities as well.

An appeals court upheld the nationwide injunction in April, though one judge called it "unnecessary."

The department wants the Supreme Court to rule the injunction will only apply to Chicago instead of the whole country.

Attorney General Jeff Sessions has been critical of judges issuing nationwide injunctions. They've also been used to halt the end of the Deferred Action for Childhood Arrivals program, or DACA.