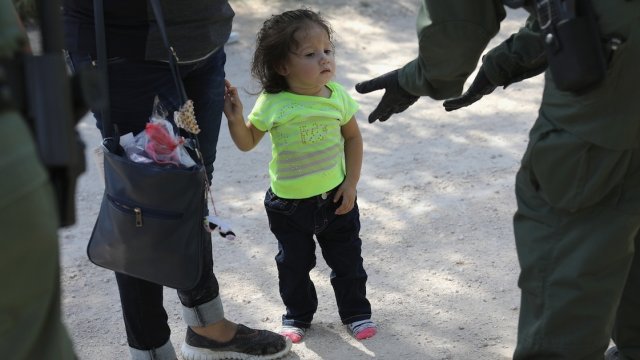 SMS
Trump Administration Asks For Extension On Reunifying Migrant Families
By Caitlin Baldwin
By Caitlin Baldwin
July 6, 2018
The Justice Department says it needs more time to reunite parents and children who were separated at the border.
SHOW TRANSCRIPT

As the deadline quickly approaches for the Trump administration to reunite parents and children who were separated at the border, the Department of Justice has asked a judge for an extension.

In the court filing, the DOJ says it needs more time to verify and vet each guardian before it releases children into their care.

The filing also asks the court for clarity on the number of children it needs to return to their parents.

On Thursday, Health and Human Services Secretary Alex Azar said nearly 3,000 children were separated from their guardians as part of the Trump administration's "zero tolerance" policy.

As it stands now, the deadline to reunite children under the age of 5 with their parents is set for July 10, and the deadline for children ages 5 and older is July 26.