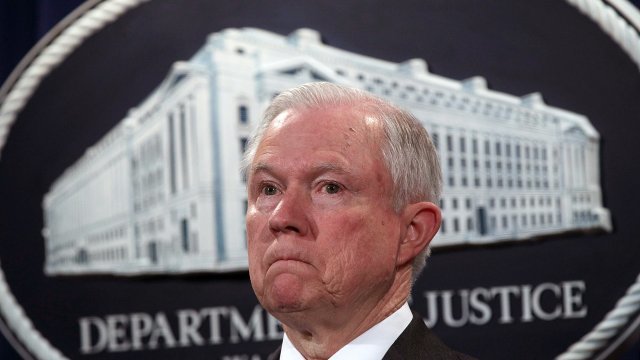 The department lodged an amicus brief in a case it isn't party to between a company and the estate of a former employee alleging he was fired for being gay.

The Obama administration previously signaled on similar cases that the employee could have been covered under Title VII of the Civil Rights Act, which bans workplace discrimination based on sex.

But President Donald Trump's DOJ argues that Title VII only kicks in when "employees of one sex [are] treated worse than similarly situated employees of the other sex." Sexual orientation doesn't factor into that standard.

That puts the DOJ at odds with the Equal Employment Opportunity Commission, another federal agency supporting the employee in this case. The DOJ says the EEOC doesn't speak for the federal government.

This comes the same day President Donald Trump announced transgender people would be banned from the U.S. military. The DOJ brief doesn't give an opinion on gender identity discrimination.