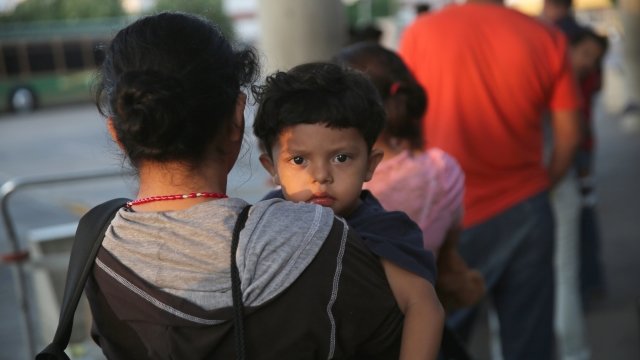 There's a backlog of immigration cases in the U.S. And Wednesday, Attorney General Jeff Sessions said he's throwing more attorneys and judges at the problem.

The DOJ is looking for 35 new assistant U.S. attorneys to prosecute "illegal re-entry," "alien smuggling" and "improper entry." Those positions are spread across the five districts along the southern border.

The department is also authorizing 18 more supervisory immigration judges to hear cases, which represents a 50 percent increase in the number of judges presiding over immigration cases.

According to a research and data tracking group from Syracuse University, there were more than 650,000 pending immigration cases in the U.S. at the end of March.

Keep in mind that's a nationwide number, and these additional immigration court resources will only work on cases in the southwest portion of the country.

The Trump administration is focusing on what it calls a "crisis at the southwest border," but cases in that region only represent about a quarter of the total pending cases across the country.