The Herbicide Debate In Monsanto's Cancer Lawsuit Is Complicated 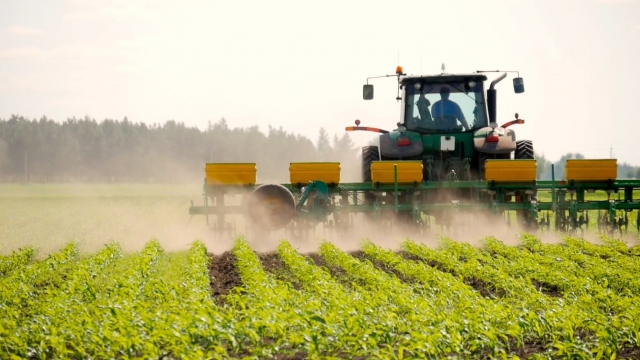 Glyphosate is the main herbicide in Roundup, and used widely across the world. But the findings on whether it's carcinogenic are mixed.

A federal jury has awarded more than $80 million to a California man when it found that Monsanto was liable for his cancer. He developed non-Hodgkin lymphoma after using Monsanto’s popular weedkiller Roundup.

A 2015 World Health Organization report said there was "limited evidence" that glyphosate, the key ingredient in Roundup, causes cancer in humans. It's led to many lawsuits against Monsanto and its parent company, Bayer. But the research around glyphosate is complicated.

We know how glyphosate works in plants. The EPA and National Pesticide Information Center say glyphosate stops plants from making the proteins they need to grow, effectively killing them. It's very widely used. In 2014, farmers sprayed enough of it to cover every acre of Earth’s cropland with almost a half-pound of the herbicide.

But its effects on humans aren't as conclusive. Some studies show that people who come into contact with glyphosate can see up to a 41% increase in cancer risk. The WHO report found it could damage DNA and human chromosomes. Other research, which Bayer has cited in its court cases, doesn't find the same association.

A jury decided Edwin Hardeman should get $5.27 million in compensatory damages and $75 million in punitive damages.

"If we had reason to believe that glyphosate or any other of our products was not safe we would act immediately. Because for all of us at Bayer, the safety of our products and the health of people always come first." Werner Baumann, CEO of Bayer Ag said. "And we will continue to defend this product vigorously. Glyphosate also has an immense importance for the global food supply. We intend to appeal the Hardeman case and are confident that a different position will be taken in the next instance."

There will probably be a next instance. Bayer currently faces more than 11,000 lawsuits in the U.S. over the effects of its herbicides.