Does The President Owe Elizabeth Warren A $1 Million Donation? 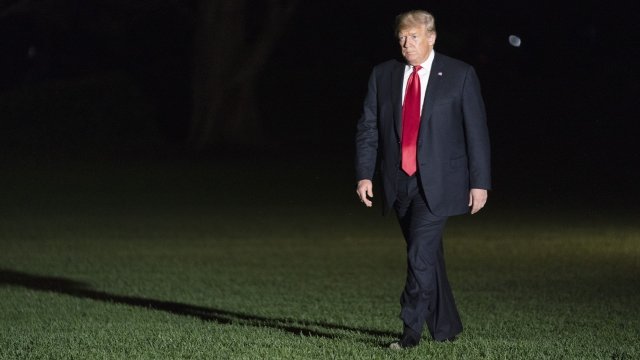 SMS
Does The President Owe Elizabeth Warren A $1 Million Donation?

By James Packard
October 18, 2018
President Trump said he'd donate $1 million to charity if Elizabeth Warren took a DNA test that shows native ancestry. Or did he?

After Massachusetts Senator Elizabeth Warren released results of her DNA test revealing a Native American ancestor, a comment from the president over the summer became instantly relevant again."I will give you a million dollars to your favorite charity, paid for by Trump, if you take the test and it shows you're an Indian," President Donald Trump said at a July rally in Montana.

The day she released the results, Warren tweeted about a charity that works to protect Native women from violence. She said, "Send them your $1M check, @realDonaldTrump."

"I didn't say that, I didn't — you better read it again," Trump said the same day.

At the July rally, President Trump seemed to frame the offer pretty specifically.

"Let's say I'm debating Pocahontas, right?" He said. "I'm gonna get one of those little kits, and in the middle of the debate, when she proclaims that she's of Indian heritage ... and we will very gently take that kit, and we will slowly toss it ... and we will say, 'I will give you a million dollars to your favorite charity, paid for by Trump, if you take the test and it shows you're an Indian.'"

Take that for what you will. Regardless of the conditions of the pledge, it's probably more valuable to understand what Warren's DNA test actually tells us.

Experts who talked to Politifact said the findings are sound. One said the methods Warren's researcher used are "among the most robust methods today."

As far as Warren's claim to Cherokee heritage, the genetic markers don't tell us anything about a specific tribe. But experts say the DNA results are consistent with her story.