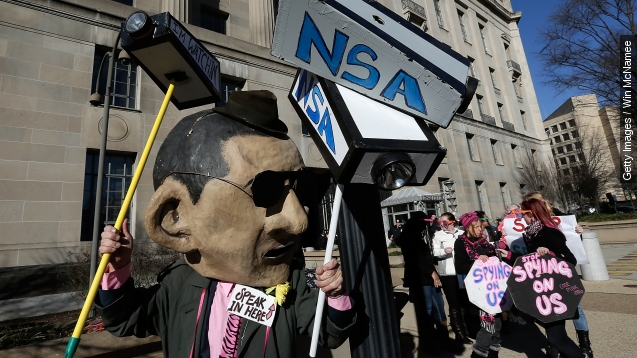 The Freedom Act has been signed into law, but some critics argue the NSA will find other ways to continue the same mass surveillance tactics.

"In our fight against terrorists, we need to use every effective tool at our disposal — both to defend our security and to protect the freedoms and civil liberties enshrined in our Constitution," said President Barack Obama.

In the president's weekly address, he called on the Senate to pass the USA Freedom Act, which overhauls the National Security Agency's program that collected Americans' phone records in bulk. On Tuesday, President Obama got his wish and signed the act into law.

"Is that enough? Is that the change we need? Is that everything that's going to happen? Of course the answer is no. It's not enough. It's a first step, and it's an important step," Edward Snowden said.

The fear is that, even though the Freedom Act took away the legal authority for some the NSA's most controversial spying programs, the agency will likely find other ways to continue carrying out the same mass surveillance tactics.

A writer for The Daily Beast cites current and former officials who say, "All investigations underway right now that use any of the other expired provisions ... will be allowed to continue."

And CATO Institute Senior Fellow Julian Sanchez writes for Motherboard, "Thanks to a little-noticed grandfather clause in the law, the current souped-up version of the law ... will remain available for investigations already open at the time of sunset, as well as new investigations into offenses committed before the sunset."

In other words, there are loopholes in the law that effectively circumvent the changes made by the Freedom Act.

Still, one senior security consultant and FBI veteran says the law can at least be seen as a partial victory: "Privacy advocates will be satisfied that bulk data collection is no longer in realm of 'Big Brother,' and law enforcement agencies will still have the tools necessary to track suspected [terrorists]."

And civil liberties advocates will likely find solace in the fact the Senate voted down three amendments to the Freedom Act introduced by majority leader Mitch McConnell.

According to Wired, those amendments would have strengthened surveillance powers by delaying the effective date of the Freedom Act, requiring companies to notify the government if they change the way they retain data and limiting the powers of the public interest advocate, who is tasked with advocating for the American people in surveillance court cases. (Video via C-SPAN)