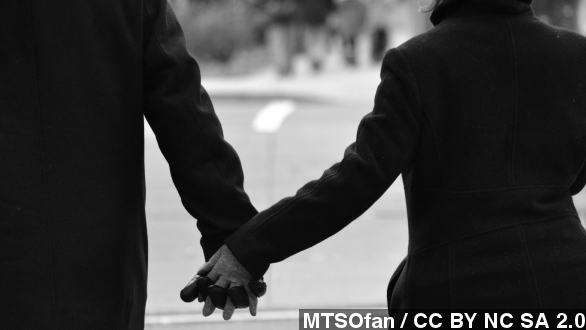 Online dating. It will find you dates ... but according to new research, they likely won't be the type you grow old with.

That seems a bit unfortunate, considering Pew Research Center reports that online dating has exploded since 2005. Over one-fifth of all 22- to 34-year-old Americans have used online dating apps and sites at some point, and statistics are high for older and younger singles, too.

In fact, Social Media Week reported in early 2014 online dating is now the second most popular way to meet a significant other, trumped only by being introduced by mutual friends.

In general, recent news has been good for online match mavens. Multiple sources report that the stigma associated with online dating has been decreasing. "Dating online" is no longer code for "desperate." It may just mean you're too busy to meet someone elsewhere. (Video via Match.com)

But unless your meet-and-greet approach is all about quantity and not about quality, you'll probably find yourself disappointed with the Internet's ability to find you a mate.

That's because most dating sites operate off the idea of similarity. You say you like dogs, a potential match says he or she likes dogs, and all of a sudden, an algorithm is pairing you two up. Most outlets agree this method is pretty successful for expanding your pool of potential first dates, at least.

But many scientists say true compatibility is not found in simply matching up characteristics. Eli Finkel, a psychology professor at Northwestern University, told The Wall Street Journal the items you type into a search box don't necessarily translate into relationship chemistry.

It turns out the "fluid, spontaneous interaction" of communicating in person is what creates a romantic spark for most people, according to Harry Reis, a psychology professor at the University of Rochester Medical Center.

And with the shopper's mentality of weeding out online profiles with the mere swipe of a finger or click of a button, very few people are giving themselves a chance to interact with online matches that way, even after they've met in person.

This has long-term repercussions, too. Michigan State University recently released a study showing "married couples who met online are three times more likely to divorce than those who met face to face," according to The Telegraph.

So the next time you're heading to a first coffee date with an online dating match, go ahead and give your number to that barista with the nice smile. Statistics say you two might have a better chance of becoming a successful couple.