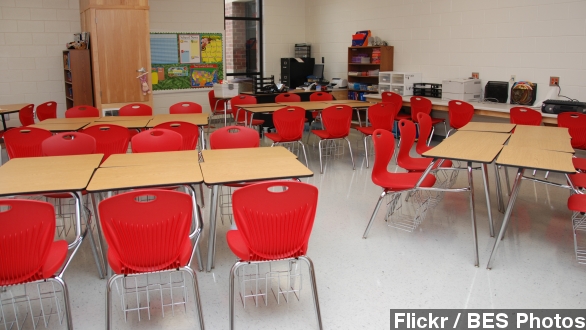 By Mikah Sargent
April 2, 2014
Researchers at UC-Davis say, in most cases, popularity increases the risk of getting bullied.
SHOW TRANSCRIPT

Being popular might also make you a target for bullying. Researchers at the University of California-Davis say, in most cases, popularity increases the risks of getting bullied. And not only that —  WNYW notes bullying might be harder on popular children.

"The report says children who are newly popular may not handle the teasing as well as the other kids who are picked on for different reasons."

The study, published in the American Sociological Review, is based around a survey of more than 4000 8th, 9th and 10th grade students.

The study’s lead author, Robert Faris, said the bullying worsened as kids climbed the social ladder, because they’re all competing for social status. WXXV reports only a small number of kids were safe from bullying.

"Only the five percent most popular kids in school were spared from any social harassment." (Via WXXV)

A writer for TIME sums up the effect of bullying on popular youths: "They reported higher rates of anxiety, depression, and anger, and lower rates of feeling central to their social group."

Faris explains in a UC-Davis article this is likely because after climbing the social ladder, they "feel they have farther to fall."

The researchers say they hope their findings will help widen the focus of bullying prevention programs to include those in higher social rankings among peers.