Does 'Mad Men' Have One Last Twist Coming? 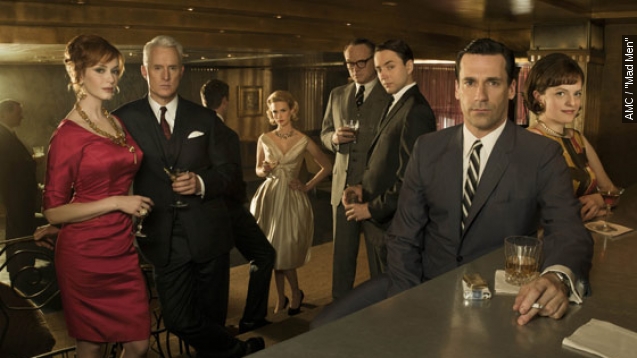 SMS
Does 'Mad Men' Have One Last Twist Coming?
By Evan Thomas
By Evan Thomas
May 17, 2015
As the final season of "Mad Men" draws to a close, viewers hope the last new episode will wrap up all the loose ends.
SHOW TRANSCRIPT

"Mad Men" is almost done. The drama, starring Jon Hamm as businessman Don Draper, is wrapping up seven seasons on Sunday, ending one of the more critically successful recent shows on television.

In their nearly eight years of smoking and drinking, Draper and company have collected 15 Emmys and four Golden Globes. (Video via AMC)

Along the way, Mad Men has carved out spots on numerous top-ten-drama lists for its retro authenticity and storytelling chops.

"The show has been especially creatively rewarding because it's so high risk," creator Matthew Weiner said on CBS.

While Mad Men accurately tackled the shifting politics and social norms of the time, its characters never saw the real benefits of social progress.

A critic at the Denver Post says that's kind of the point.

“‘Mad Men’ has prided itself on unpredictable and bizarre storytelling flourishes. Besides, the '60s didn't find closure, they just became the '70s.”

So all that's left for it is to end, and nobody's quite sure how that will go. A popular theory says the falling man in the show's titles has been somebody we know all along. (Video via AMC)

This video include music from Aviscerall / CC BY NC 4.0.