Does J. Lo's New Show Have A Shot At Success? 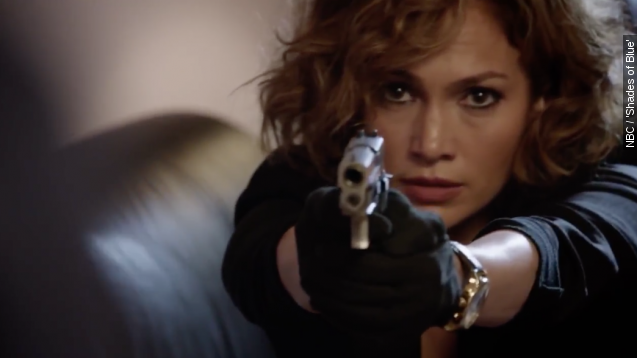 SMS
Does J. Lo's New Show Have A Shot At Success?

By Cody LaGrow
December 15, 2015
Statistically, Jennifer Lopez isn't the most popular actress at the box office. Will her TV show be a different story?
SHOW TRANSCRIPT

When someone asks me if I'm excited for the new Jennifer Lopez show "Shades of Blue," which is set to premiere on NBC in January, I have one answer.

As a journalist, I must expose my biases. For one, I've purchased every J. Lo album and have self-choreographed most of "On The 6." But I've also seen nearly every J. Lo movie, and I know that on paper, Lopez's acting career is ... controversial.

For starters, of her top 10 grossing films, none of them are rated higher than 50 percent on Rotten Tomatoes. (Video via New Line Cinema)

Her highest-rated film is "Antz," an animated movie featuring Lopez in a supporting role where her voice alone carried her character.

Lopez has also been nominated for nine Razzies. Those are awards given to the most terrible in Tinseltown. Lopez won worst actress in 2004 for her performance in "Gigli."

She also received nonhonorable mentions for "The Wedding Planner," "Monster-in-Law" and a personal fave, "Maid in Manhattan." Though, commercially, the films faired well.

Since "Selena" launched Lopez's acting career in the mid-'90s, movies featuring the triple threat banked more than a billion dollars at the box office. "Jenny from the Block" knows how to get money in the bank.

Statistics show Lopez garners better reviews in thrillers. "Out of Sight," which featured Lopez alongside George Clooney, was arguably one of her best performances.

"Shades of Blue" is a twisted-cop thriller, which, by the numbers, means it has a chance to be commercially successful.

But keep in mind her recent flop, "The Boy Next Door," was a thriller, too. So at this point, we can only speculate how Lopez will do in law enforcement roles.