Pentagon To House Thousands Of Migrant Children On Military Bases 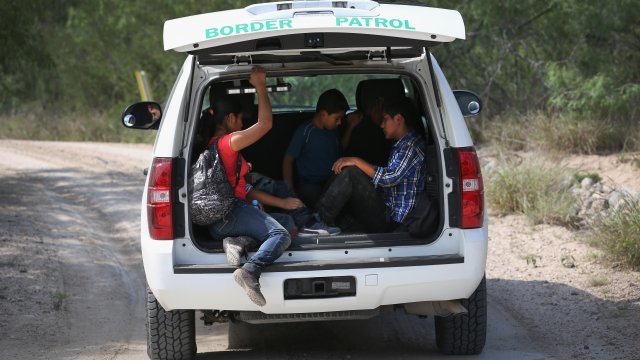 At the request of the Department of Health and Human Services, the Pentagon is preparing to shelter up to 20,000 unaccompanied minors.

It looks like the Department of Defense will open up its doors to thousands of migrant children.

According to The Washington Post, the Pentagon is taking steps to house up to 20,000 unaccompanied minors.

These kids will live on military bases, with their food, clothes, medical care and other necessities provided by the Department of Health and Human Services.

The Obama administration made a similar move in 2014 when a flood of migrant children crossed the border, temporarily housing more than 7,000 minors at three U.S. military bases.

The Pentagon's move is in response to a request from HHS that asked for facilities to be made available as early as July, according to the Post.