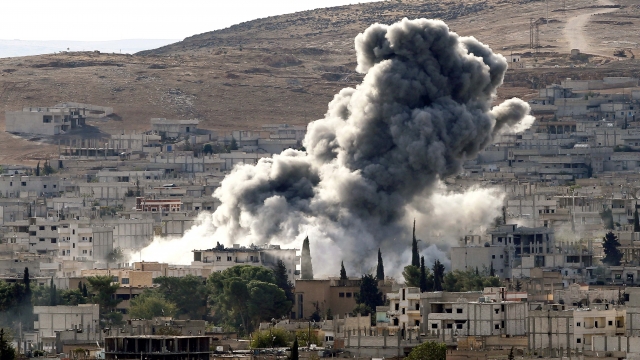 The U.S. military has been criticized for the way it accounts for civilian casualties. But a newly released study from the Pentagon proposes some ways to fix that.

The internal study was conducted back in April at the request of then-Defense Secretary Jim Mattis. It looked at civilian casualties resulting from U.S. air or artillery strikes in places like Afghanistan, Libya and Somalia from 2015 to 2017.

As CNN notes, many nongovernmental organizations have accused the Pentagon of regularly undercounting the number of civilians killed in American operations.

For instance, the Defense Department said 1,190 civilians have been killed by American strikes in Iraq and Syria since the campaign against ISIS started in 2014. But airstrike monitoring group Airwars.org said that number is significantly higher.

The study recommended military officials make several changes to address concerns like that. One of those changes is seeking out "additional sources of information on potential civilian casualties," like social media, nongovernmental organizations and local sources.

The study is part of the Pentagon's effort to create the department's first-ever policy on civilian casualties. Officials hope to implement that policy sometime this year.