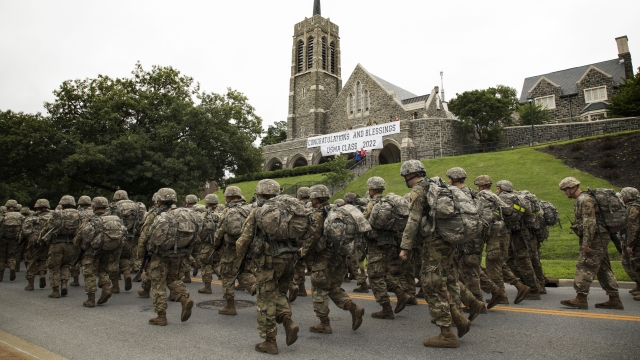 Reports of sexual assault at U.S. military academies rose nearly 50 percent during the last school year, according to an annual report from the Defense Department.

Unfortunately, despite the rise in sexual assaults, the rate of filing formal complaints remained the same from the year prior.

The U.S. Army said in a statement it was troubled and disappointed by the report's findings, adding that this "affects our ability to prepare to fight and win our Nation's wars as much as it is an issue of values." It also said that those who don't try to stop sexual misconduct or assault "violate the Nation's trust and the trust of their peers." In response, the Army says it "directed the West Point leadership to report back with an updated action plan in the coming weeks."