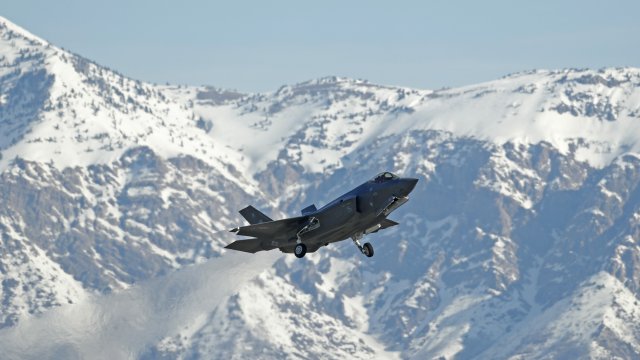 If the deal goes through, the company will produce a whopping 478 F-35s. That's the largest procurement in the Pentagon's history.

The Defense Department and Lockheed Martin have reached a "handshake" agreement on a $34 billion contract to make hundreds of new F-35 fighter jets.

According to a press release from Lockheed Martin, if the deal goes through, the company will produce a whopping 478 F-35s. That's the largest procurement in the Pentagon's history.

As a Pentagon spokesperson told The Washington Post, buying the jets in large quantities should allow the Defense Department to lower the average unit cost per plane significantly.

The F-35 program has been repeatedly criticized for its hefty price tag. After all, the estimated lifetime cost of the program is more than $1 trillion.