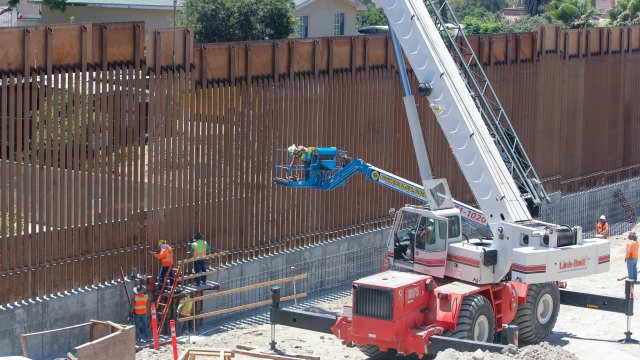 The Defense Department is diverting $3.6 billion from various military construction projects to fund the border wall. And now we know exactly where that money is going.

The funds are earmarked for 11 separate projects along the U.S.-Mexico border. About half of those tackle construction along just a couple miles.

By far, the biggest project is near Laredo, Texas. That border patrol sector currently has just one mile of wall. The Trump administration plans to build 52 miles of primary pedestrian fence along the Rio Grande. That's the tall barrier most people probably imagine when they hear border wall.

That one project uses about a third of all the diverted funds, and it's the only substantial project that builds *new* wall.

Four of the other projects will replace and upgrade existing barriers in the Yuma and El Paso sectors. Another four projects will add secondary pedestrian fencing, which will build upon the security already in place with the existing primary fencing.

The U.S.-Mexico border is 1,954 miles long, and Customs and Border Protection says 654 miles, about 33%, already have some kind of barrier. The new construction projects will add about 55 miles to that total.