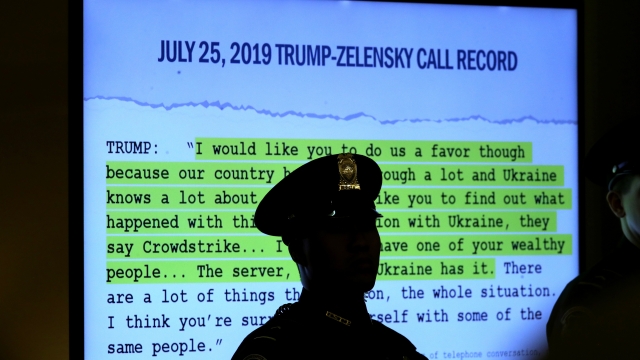 The Center for Public Integrity has obtained new documents that it says show the U.S. moved to withhold aid from Ukraine shortly after President Donald Trump's July 25 phone call with the country's president.

The non-profit news organization received 146 pages of Justice Department documents Dec. 20 as the result of a federal lawsuit. The Justice Department sent another 146 pages earlier this month, but those were so redacted that "every substantiative exchange was blacked out."

In this new batch, the pages are almost completely blacked out again. But between the redactions, the new documents did reveal some new information: The email asking for aid to be withheld was sent roughly 90 minutes after the president's phone call and suggests that the White House official sending the request knew it could raise concerns.

The CEO of the non-profit said Saturday that the new round of documents "isn't enough." The organization said on Twitter it's challenging the redactions in court.