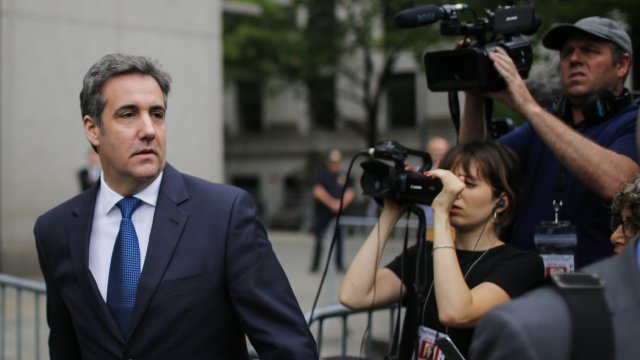 The public now has access to a large collection of documents related to the FBI's raids on Michael Cohen's home, office and hotel room last year.

Hundreds of pages of documents were released on Tuesday. It came after nine news organizations, including CNN and The Associated Press, requested that the documents be unsealed, citing public interest.

On Monday, a U.S. district judge for the Southern District of New York ordered they be made public.

The documents are redacted, and there's a lot to go through. But here's what we know so far: The FBI had warrants for two iPhones subscribed to Cohen, his iCloud account and a couple of Gmail accounts, among other things.

We also know that the FBI was investigating Cohen almost a year before they conducted the raids.

Cohen's attorney said the release of the documents "furthers [Cohen's] interest in continuing to cooperate and providing information and the truth about Donald Trump and the Trump organization to law enforcement and Congress."

Cohen is cooperating with special counsel Robert Mueller's Russia probe. He was sentenced to three years in prison last year for several crimes, including lying to Congress. He'll start that sentence in May.