Doctors Say US Diplomats In Cuba Did Experience Inner-Ear Damage 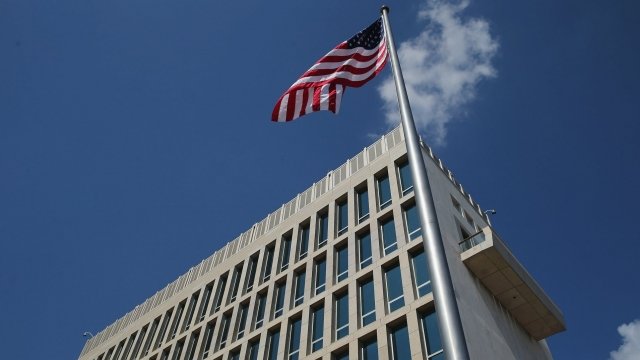 A group of doctors released more information on the dozens of U.S. diplomats affected by mysterious "health attacks" while in Cuba.

The report was published Wednesday to provide more insight into what exactly happened.

For some background, in late 2016, American embassy personnel in Havana found themselves feeling physically ill. As Newsy previously reported, they recalled hearing high-pitched noises in their homes and hotel rooms and suffered from severe headaches, nausea, dizziness, fatigue, sleep problems and hearing loss.

The doctors said in the report that testing showed all 25 diplomats suffered inner ear damage that affected their balance and cognitive dysfunction, also known as brain fog.

The report did not give a clear explanation for what happened more than two years ago. One of the doctors that put together the report told reporters that he was agnostic about the cause, but says his team believes it was a form of "directed energy."

Cuba has continued to deny any wrongdoing. Cuba's Director General for US Affairs Carlos Fernandez de Cossio said on Wednesday that there was no "scientific research" to confirm anything.

"There's no evidence that can prove that something occurred in Cuba that could have damaged the health situation of a few U.S. diplomats," said Fernandez de Cossio.