AG: Doctor Who Performed 10-Year-Old's Abortion Could Be Charged 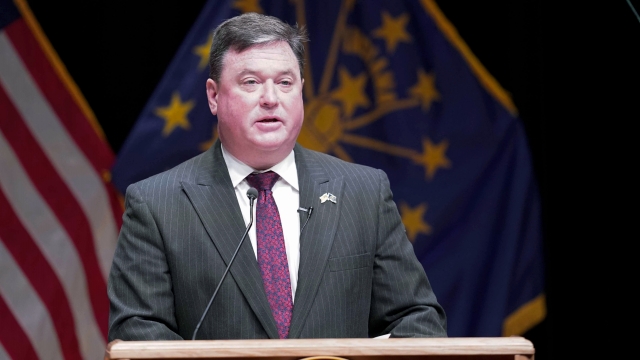 SMS
AG: Doctor Who Performed 10-Year-Old's Abortion Could Be Charged
By Newsy Staff
By Newsy Staff
July 14, 2022
According to the Columbus Dispatch, a man confessed to sexually assaulting the girl after officials took him into custody this week.

This is a chilling case out of Ohio that highlights America's moral and legal struggle with abortion now that Roe v. Wade is no longer the law of the land.

The child, originally from Ohio, had to travel to Indiana for the procedure, after a man sexually assaulted her, because abortions are banned after six weeks of pregnancy in Ohio, with few exceptions.

"So, we're gathering the information, gathering the evidence as we speak, and we're going to fight this to the end, including looking at her licensure, if she failed to report. In Indiana it is a crime to not, to intentionally not report."

Police in Ohio say the girl became pregnant after a 27-year-old man raped her.

According to the Columbus Dispatch, the man confessed to sexually assaulting the girl after officials took him into custody this week.

The victim's mother contacted authorities about the rape two days before the Supreme Court overturned Roe v. Wade on June 24.