Doctor Credited With Creating The Heimlich Maneuver Dies At 96 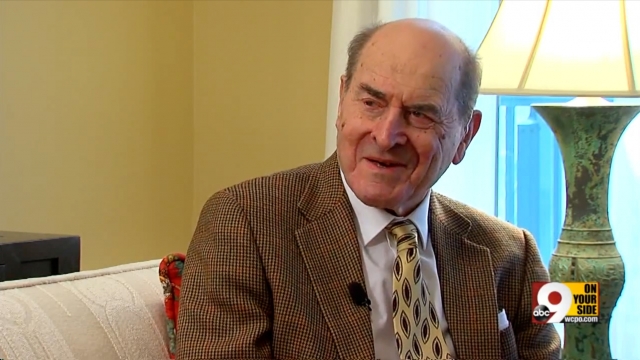 SMS
Doctor Credited With Creating The Heimlich Maneuver Dies At 96
By Jake Jones
By Jake Jones
December 17, 2016
Dr. Henry Heimlich leaves behind a legacy of fame and infamy.
SHOW TRANSCRIPT

Dr. Henry Heimlich, inventor of the Heimlich maneuver, has died at 96 after complications from a heart attack.

The Cincinnati physician became a household name when his choking-prevention move was popularized in the 1970s.

SEE MORE: At 96, Henry Heimlich Got The Chance To Use His Own Maneuver

But he also received a good deal of criticism during his career.

The maneuver he became famous for might not have been entirely his idea.

Dr. Heimlich also supported a controversial theory that malaria injections could cure HIV and other diseases.

In the 1990s, Heimlich backed experiments in China that infected AIDS patients with small doses of malaria. The World Health Organization called it one of the modern "atrocities" committed by doctors.

His family released a statement after his death, saying, "He was single-minded in his quest to find better ways to save lives. Dad dreamed that anything was possible in the field of medicine, even when critics said otherwise."