Do Women Have To Wear Heels At The Cannes Film Festival? 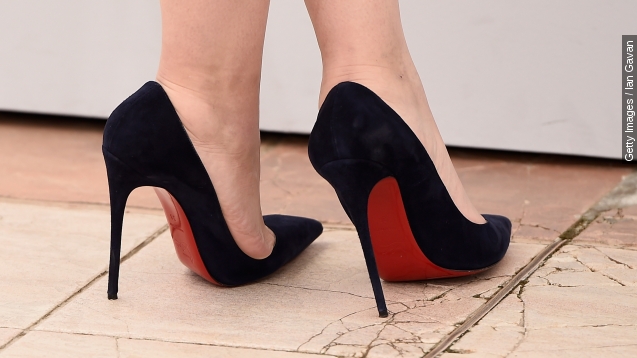 Was a group of women really denied access to the Cannes Film Festival because they weren't wearing heels?

Yes, at least according to Screen Daily. It reports a group of women weren't allowed to attend the screening of the film "Carol" Sunday "after being told the height of their smart footwear didn't pass muster." The women were reportedly wearing flats.

Now, the dress code is pretty strict at the Cannes Film Festival — and not just for the celebrities.

According to the festival's website, anyone attending gala screenings must be in an evening dress or black tie.

But there's absolutely nothing mentioned about a heel requirement.

The director of the Amy Winehouse documentary showing at the festival also tweeted that his wife wasn't originally allowed in to the screening because she was wearing flats.

However, the director of the festival tweeted that any rumor about women being required to wear heels to access the festival is unfounded.

Still, this hasn't stopped reporters from asking celebrities about their opinions on — as one critic referred to it — "high-heel-gate."

When asked about it at a press conference, The Guardian reports actress Emily Blunt said, "That's very disappointing, just when you kind of think there are these new waves of equality."

Variety reports Blunt went on to say she thinks everyone should start wearing flats and that she prefers to wear Converse sneakers.

Out of the 19 films up for the top awards at the Cannes Film Festival, only two were directed by women.