Do We Really Need Volvo To Replace Car Keys With An App? 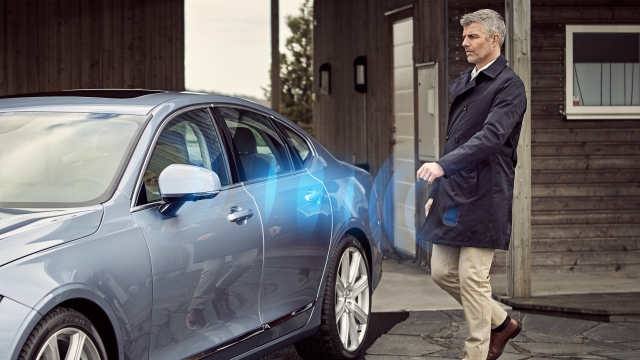 Probably not, but the automaker is set on doing it anyway.

Starting next year, one automaker will let shoppers drive away without conventional car keys and key fobs. What could go wrong?

Volvo has developed an app that lets drivers lock and unlock car doors with their phones. The app will also have a few other tricks, like starting cars' engines.

But what happens when your hands are full of groceries and you realize your phone's dead? It seems like a lot of things could go wrong with a keyless, fobless entry system.

Luckily, Volvo will only be offering the app experience on a limited number of vehicles, which appear to include the brand's S90, V90 and XC90.

But, can we just take a minute to think about something: Were car keys and key fobs so bad that they needed replacing? And if they were, was an app really the best solution?

Probably not. And this is something all manufacturers should think about when they dream up a new feature: Are we fixing a problem or creating new ones?

Volvo's app-entry system seems like it'll probably be the latter. Though, to be fair, the app-key would make car sharing and rental a smoother transaction thanks to "shared key technology" within the app. And, for now, those who do buy the cars can still get a physical key.

On the note of problems-worth-fixing: Volvo might have a bigger issue before it gets all gung-ho about its new app. A spokesman for the company said it's recalling some 59,000 cars over faulty software that can shut down cars' engines and electric systems — albeit briefly.

This video includes clips from Volvo, CommunityChrysler / CC BY 3.0 and Shadi Elsadi / CC BY 3.0.