Do We Get Nicer With Age? 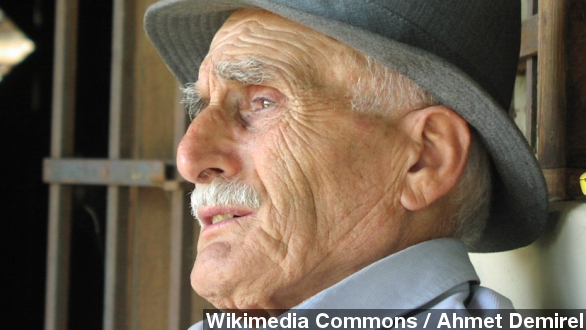 SMS
Do We Get Nicer With Age?
By Amy Kluber
By Amy Kluber
April 22, 2014
A recent report claims personality can change over time as we age, and usually that means becoming nicer and more emotionally stable.
SHOW TRANSCRIPT

You've heard of not being able to teach an old dog new tricks, but according to a recent report, if you wait very patiently, your personality could positively change as you age.

"Several large studies found personality changes naturally over the course of adulthood. ... Researchers call it the 'maturity principle.'" ​(Via CBS)

"From the ages of 20 to 65, apparently we become less angry and neurotic and more agreeable and emotionally stable." (Via NBC)

The Wall Street Journal reports personalities change in response to life events — such as starting relationships or a career. But most notably, researchers say being happy earlier in life could change your personality in your later years.

Scientists have divided human personality into what is dubbed "The Big Five" categories: extraversion, agreeableness, conscientiousness, emotional stability and openness. (Via YouTube / 2MinutePsychology)

Within each category are sets of behaviors, such as anger or friendliness, that can change in people as they get older.

According to a study published in the Journal of Personality, researchers studied more than 16,000 participants over four years. They found those who were happy at the start of the study became not only significantly more emotionally stable, responsible and agreeable, but also more introverted at the end of the study.

So we apparently become nicer with age — and don't go out as much. But one researcher says because personality is 50 percent innate and 50 percent learned, these changes take time.

As he tells The Wall Street Journal, "You start by changing the behavior and then, if you can maintain that new behavior over time, it gets encoded."

The researchers also note the potential to identify more personality traits aside from "The Big Five" — meaning personalities could change even more frequently than what is known.