Do Undocumented Immigrants Hurt The Economy? Not Exactly 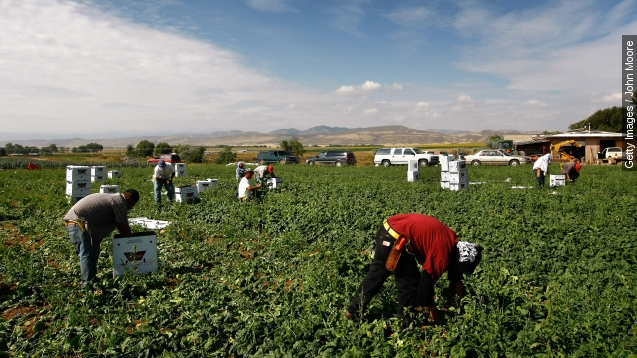 "Frankly, we have to stop illegal immigration. It's hurting us economically," Donald Trump said during the debate. (Video via Fox Business)

"When the mainstream media covers immigration, they don't often see it as an economic issue ... For millions of Americans at home watching this, it is a very personal economic issue," Ted Cruz added.

The truth is economists generally agree illegal immigration boosts the economy as a whole, but there are some caveats.

Undocumented immigrants offer a cheaper option when it comes to unskilled labor, and can undercut the wages of their American counterparts. (Video via RT)

But they also fill a need for unskilled labor that American citizens haven't been fulfilling. (Video via VICE)

More than half of American farm workers, for example, are undocumented.

And that's without mentioning the billions undocumented immigrants pay into social security, which they have little hope of collecting.