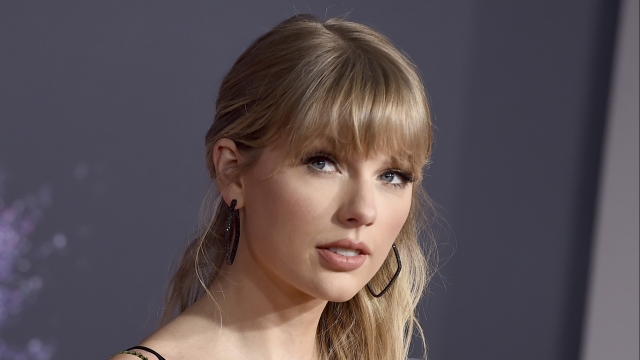 SMS
Do Pop Stars Write Their Own Songs?
By Casey Mendoza
By Casey Mendoza
January 25, 2022
Musician Damon Albarn apologized to Taylor Swift after claiming the pop star doesn’t write her own music.

Not giving credit when credit is due has led to some of the biggest battles in music history — and a public faux pas has reignited debates on social media about songwriting credits.

On Monday, musician Damon Albarn of the bands Blur and Gorillaz publicly apologized to pop star Taylor Swift after claiming the singer-songwriter didn’t write her own songs. It was a big slight to Swift, who takes major pride in her songwriting — and has been credited as songwriter and co-writer for all 11 of her albums.

But — to Albarn’s point about the prevalence of co-writing in pop music now— solo singer-songwriters are pretty rare these days.

Since 2017, none of the top 10 streamed tracks in the U.S. were written and sung by the same person. According to Rolling Stone, the last solo-written song to make the top charts was 21 Pilots' "Stressed Out" by frontman Tyler Joseph, which came out in 2016.

Most stars, including Taylor Swift, co-write with other songwriters and share the credit. Swift has written tracks for artists like Miley Cyrus and co-wrote songs with DJ Calvin Harris, country music star Kellie Pickler and even Broadway’s Andrew Lloyd Webber.

So how many people does it take to write one song?

In 2018, Music Week found that it took an average of five people to write each of the top 100 hits of the year, and as common as it is for singers to be co-writers, some singers throughout music history have never written their own songs.

Artists like Elvis Presley, Frank Sinatra, Whitney Houston and Rihanna never solely wrote any of the songs they’ve sung, and their co-writing credits are very rare. Even Elton John — who composes the melodies to his songs — relies on his songwriting partner and lyricist, Bernie Taupin.

All of this is to say that when it comes to hit singles, sometimes it takes more than just one person to hit the right notes.