Do Older Celebs Stand A Chance On 'Dancing With The Stars'? 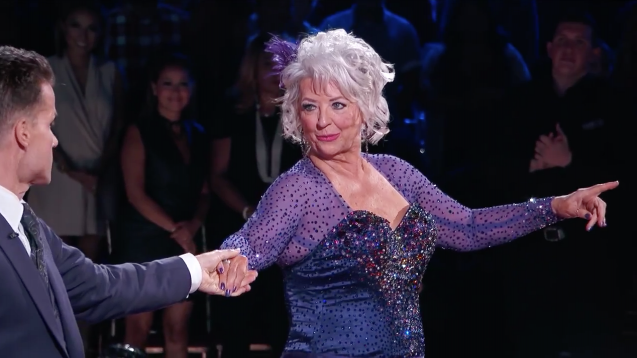 SMS
Do Older Celebs Stand A Chance On 'Dancing With The Stars'?
By Cody LaGrow
By Cody LaGrow
September 16, 2015
On "Dancing with the Stars," the numbers don't lie. Older contestants aren't likely to take home the show's Mirror Ball trophy.
SHOW TRANSCRIPT

"Dancing with the Stars" — a fine American show that gives your favorite has-beens a chance to show us that they'll do and say just about anything to rekindle the fame.

"I had on white underwear when I started, but it probably ain't white no more. I was scared," Paula Deen said.

Did Paula Deen just poop herself? Maybe. But in defense of her full diaper, statistics show she has plenty of reasons to be terrified enough to mess her dress. The odds are so not in her favor.

The percentage of past winners who were former professional athletes: 45 percent.

And of the remaining 55 percent, more than half were performers who made money by incorporating dancing into their acts.

So just like how past seasons gave us 76-year-old Tommy Chong or Patti LaBelle at age 70, Season 21 is giving us a slew of older celebrities who could collect Social Security.

Which leads us to the bigger question: What motivates these older celebs to leave retirement for the rumba? It's clearly not a level playing field, so is it for friendly competition or friendlier paychecks?

TMZ obtained a copy of Cody Simpson's contract from the show's 18th season. While he's clearly a young'un, the singer did get a guaranteed $125,000 just to show up with the opportunity to earn more depending on how long fans kept voting for him. It capped at $50,000 per week if he made it to the finals. (Video via ABC)

So it's most likely the Benjamins that got Busey to the ballroom, but it will likely take much more to keep him there.