Newspapers Are Making Surprise Endorsements, But Do They Matter? 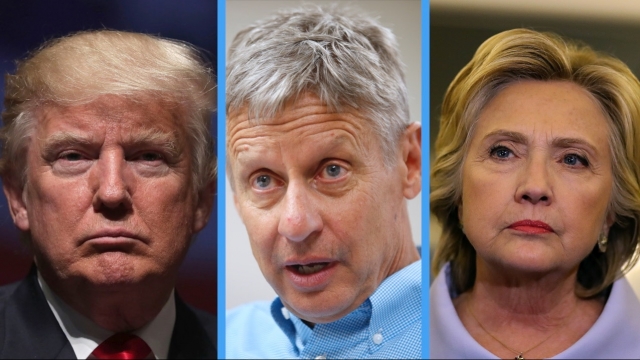 The 2016 presidential campaign has been pretty unconventional. So it's no surprise that some newspapers are shocking readers with unexpected endorsements.

Take The Dallas Morning News. It said "no" to Donald Trump on Tuesday, saying he "is — or has been — at odds with nearly every GOP ideal this newspaper holds dear."

The paper hasn't endorsed a Democratic nominee for president in over 75 years. But it broke that trend on Wednesday by endorsing Hillary Clinton, even though it said she has "real shortcomings."

SEE MORE: Here's Why You're Hearing So Much About Clinton And Press Conferences

Just days earlier, the Richmond Times-Dispatch made its own surprising endorsement. It has endorsed the Republican presidential nominee in every election since 1980.

But according to the paper, Donald Trump won't do and neither will Clinton. So it endorsed a third-party candidate — Libertarian and former New Mexico Gov. Gary Johnson.

It seems editorial boards' attitudes toward this election's candidates are in line with what voters are thinking.

A recent Pew Research Center survey found a major portion of both candidates' supporters weren't necessarily voting for that candidate — but more so voting against the other candidate.

But do endorsements really matter? If this year's Republican primary is any indication, probably not.

ABC pointed out in March that Ohio Gov. John Kasich was beating Donald Trump and Texas Sen. Ted Cruz by quite a bit in the newspaper endorsement game. Kasich only ended up winning the primary in his home state.

As the Columbia Journalism Review has reported over the years, some newspapers are giving up endorsements altogether. Why? Because they worry endorsements — from editorial boards — will hurt the papers' credibility.

But even if endorsements don't really have much of an impact, they can be a good read. Some this time around are downright funny.