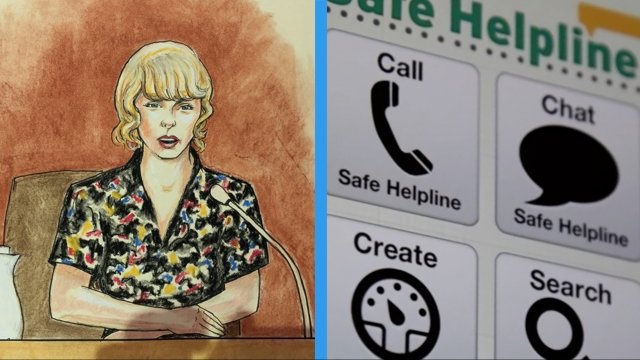 SMS
Do High-Profile Sexual Assault Cases Encourage Survivors To Report?
By Casey Mendoza
By Casey Mendoza
August 19, 2017
It's unclear if more people report after high-profile sexual assault cases, but some say they can open up the discussion.
SHOW TRANSCRIPT

In pursuing a sexual assault case against former DJ David Mueller, Taylor Swift said she wanted to "serve as an example to other women" who want to seek justice.

And according to advocacy groups for sexual assault survivors, she may have done just that. The Rape, Abuse & Incest National Network, or RAINN, says calls to its national hotline increased by 35 percent over the weekend before Swift's win.

RAINN's president told ABC News: "Seeing someone that they respect, that they identify with ... has a big impact. I think that will encourage others to come forward."

According to the National Sexual Violence Resource Center, 63 percent of sexual assaults are not reported to the police, making it one of the most underreported crimes. The National Institute of Justice says this is due in part to self-blame, shame and a lack of trust in the justice system.

Some women also fear others won't believe them, but experts say the prevalence of false reports is between just 2 and 10 percent.

But whether or not high-profile sexual assault cases encourage more reports isn't clear, and not a lot of research has been done to answer the question. 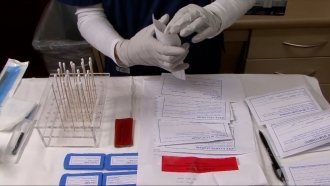 This Bill Could Change The Way Hospitals Handle Sexual Assault

They found no significant increase in the number of doctor's visits for sexual abuse evaluation either before or after those cases came to light. Though it's worth noting the research was limited to child abuse and analyzed only one pediatric emergency department.

Outside of that study, the idea that high-profile sexual assault cases may encourage more reports comes from anecdotes from advocacy groups and activists.

During the trial of Bill Cosby, the Pennsylvania Coalition Against Rape saw a noticeable rise in the number of abuse reports. And after the trial of Stanford student Brock Turner, several women said they were inspired by the vulnerability of the survivor to come forward with their own stories.

As helpful as high-profile cases can be for some survivors, the impact of other cases can be just as damaging.

When Rolling Stone published its infamous and soon-retracted story "A Rape On Campus," critics said the poor investigation would hurt survivors the most.

Even then, University of Virginia students said after the story was published, the campus did become more aware of the prevalence of sexual assault. The Columbia journalism school even reported Rolling Stone had reason to be skeptical of the university's management of sexual assault cases.

Similarly, the controversial documentary "The Hunting Ground" drew major criticism from higher ed officials and others. Despite that criticism, the film still managed to galvanize activists. Since its debut — and subsequent Oscar nomination — some say the culture regarding sexual assault on college campuses has notably progressed.