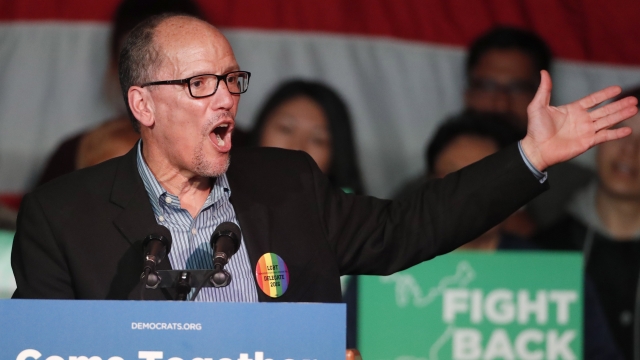 SMS
DNC Toughens Requirements For Fall Presidential Debates
By Ahmed Jawadi
By Ahmed Jawadi
May 29, 2019
The DNC says candidates will have to meet higher polling and fundraising thresholds to participate in debates this fall.
SHOW TRANSCRIPT

The Democratic National Committee has announced new requirements for its fall rounds of presidential primary debates.

On Wednesday, the DNC unveiled new rules for candidates to qualify for the third and fourth debates, saying it was raising both the polling and fundraising thresholds.

For candidates to qualify for the first two debates, they either have to register at least 1% support in three national or early-voting state polls, or receive donations from at least 65,000 people from at least 20 states, with a minimum of 200 unique donors per state.

But the criteria essentially doubles for the next round of debates. Hopefuls will now have to register at least 2% support in four approved state polls, and collect donations from at least 130,000 people in at least 20 states, with a minimum of 400 unique donors per state.

With only 20 spots open for the first two debates, the DNC's new rules are likely meant to help narrow the field of Democratic presidential hopefuls, which has ballooned to 23 candidates so far. According to a CBS News tally, 19 candidates have already qualified to take the stage in the first two debates. It's not clear if anyone is already eligible for the third and fourth debates, but Politico found eight candidates have met the 2% polling threshold, and a handful of them have publicly said they've exceeded the 130,000 donors mark.