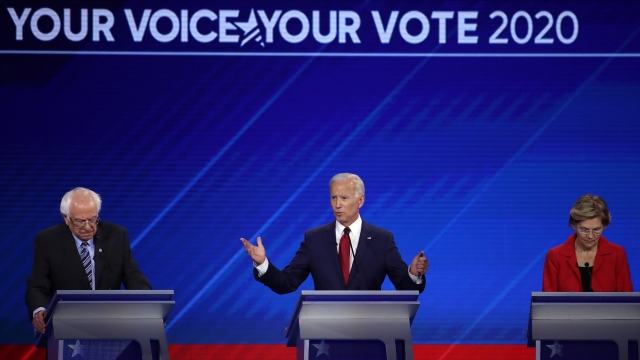 The Democratic National Committee announced it has raised the threshold for candidates to qualify for the fifth presidential primary debate.

The DNC revealed the new polling and fundraising targets for the November debate on Monday. Candidates will have to receive at least 3% support in four national or early-state polls, which is up from the 2% required for the third and fourth debates. But the DNC also created a new polling pathway this time around; candidates can alternatively qualify by gaining at least 5% support in two early-state polls.

The DNC has yet to announce when or where the fifth debate will be held. But the fourth will be in Westerville, Ohio, on Oct. 15. A second night may be added depending on how many candidates qualify. Twelve candidates have already met the requirements: the 10 candidates from the September debate, Rep. Tulsi Gabbard and former hedge fund investor Tom Steyer.