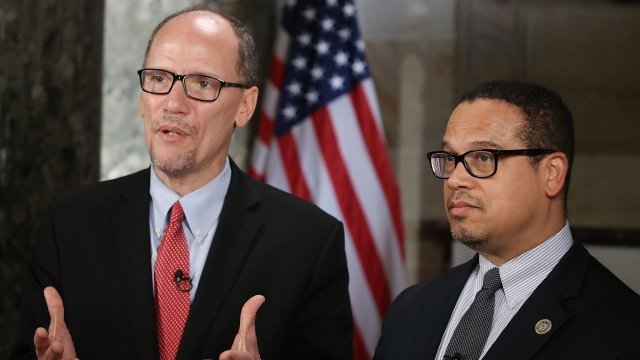 The Democratic National Committee notified the FBI of an ongoing attempt to hack its voter database, according to CNN and other media outlets.

A cybersecurity firm notified party members of the apparent phishing attempt on Tuesday. DNC officials say hackers didn't access any data, and they don't know who was behind the alleged attack.

The news comes as campaigns and tech companies are fending off various cyberattacks, manipulation efforts and inauthentic behavior ahead of the 2018 midterm elections.

Facebook and Twitter have recently deleted hundreds of accounts and pages linked to foreign entities. And Microsoft said it shut down six Russia-linked websites that were part of hacking schemes targeting U.S. political groups.