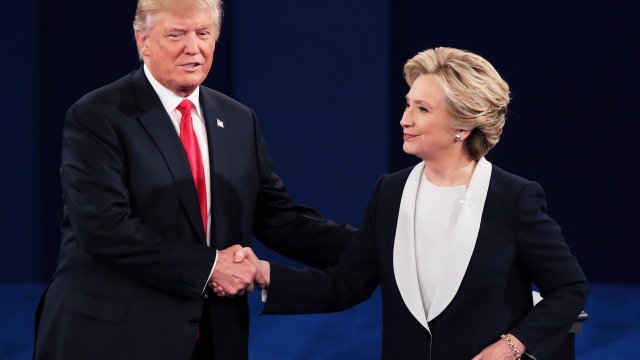 The Democratic National Committee has filed a lawsuit in Manhattan federal court against Russia, the Trump campaign and WikiLeaks.

The suit alleges that the defendants conspired to meddle in the 2016 U.S. presidential election. It outlines communications between Trump campaign advisers and Russians and references the WikiLeaks release of DNC emails tied to then-presidential candidate Hillary Clinton.

Quite a few are named in the complaint: Donald Trump Jr., former Trump campaign chair Paul Manafort, the president's son-in-law Jared Kushner, WikiLeaks founder Julian Assange and dozens of others.

President Donald Trump, who's not named in the suit, has said there was no collusion between his campaign and Russia. He's also expressed his frustration with special counsel Robert Mueller's investigation into Russian interference in the 2016 election.

Democrats are asking for millions of dollars in damages for interfering in the election in a way they allege hurt their party.