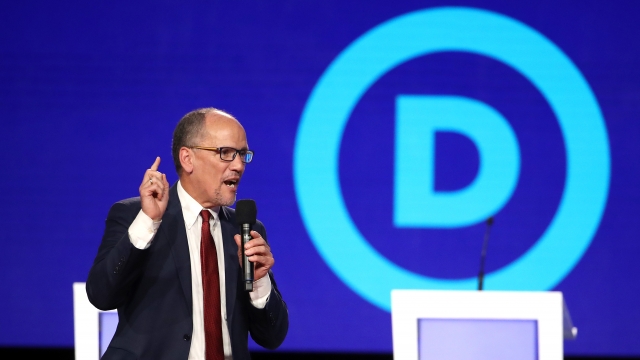 DNC Chairman Tom Perez said he is "absolutely not" considering resignation after the Iowa caucuses fell into disarray.

On Sunday, Perez said he understands why everyone is angry after a faulty app contributed to lengthy delays in releasing results.

"I'm frustrated. I'm mad as hell and everybody is. I think what we're going to do at the end of this cycle is have a further conversation about whether or not state parties should be running elections."

He said to CNN: "We have been winning, this is what it's about. I think it's really important for people to take a broader step back right now. This is the most unsettling phase of the cycle."

When asked whether he takes responsibility for the dysfunctional caucus results, Perez said the DNC and the state Democratic party are "all in this together." But he didn't rule out the possibility of putting another state ahead of Iowa as the first state in the election process

"Well, that's the conversation that will absolutely happen after this election cycle, and after the last election cycle we had a conversation about two really important things," he said. "Super delegate reform and the primary caucus issue that we're discussing now, and that's going to happen again. I have no doubt about it because it's very necessary."

Perez added that he has "great confidence" in Nevada, the next state that holds caucuses. Democratic leaders there were planning on using the same app used in Iowa, but scrapped that plan and are now considering different options.