DNC Announces Candidates Who Qualified For First Round Of Debates 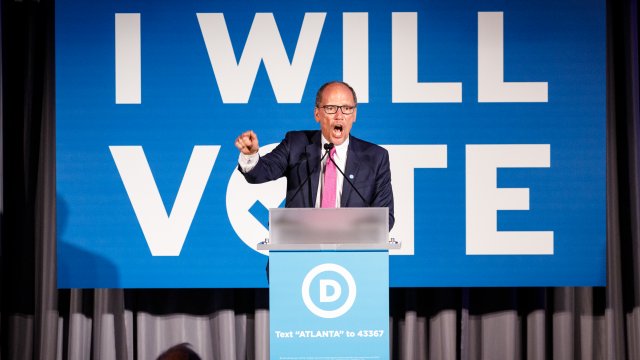 SMS
DNC Announces Candidates Who Qualified For First Round Of Debates
By Ahmed Jawadi
By Ahmed Jawadi
June 13, 2019
​Of the 23 candidates who've entered the race, all but three made the cut.
SHOW TRANSCRIPT

The Democratic National Committee has announced the candidates who qualified for the first presidential primary debate of the 2020 campaign.

To make the cut, candidates either had to register at least 1% support in three national or early-voting state polls, or receive donations from at least 65,000 people from at least 20 states, with a minimum of 200 unique donors per state. Of the 23 candidates who have entered the race, all but three made the cut.

Montana Gov. Steve Bullock, arguably the highest-profile candidate who missed the threshold, said in an interview on Thursday that he was "disappointed" with the DNC's decision. He pointed out that he's the only candidate "that actually won in a Trump state" and has gotten "meaningful things done through a Republican legislature."

The first round of debates will be held on June 26 and 27 in Miami, with 10 candidates per night. NBC News will hold a random drawing on Friday to determine which night each candidate will appear.