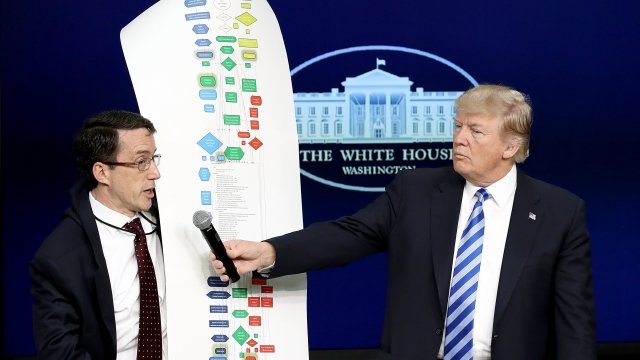 DJ Gribbin is reportedly moving on to pursue "other opportunities." He was the one who oversaw the Trump administration's infrastructure plan.

The plan, which called for $200 billion in federal spending, was released earlier this year after months of delays. Gribbin's departure is casting doubt on the Trump administration's push to improve the nation's roads and bridges. Democrats don't like that the plan relies heavily on local and private funding, and Trump recently said he likely won't move forward with it until after November's midterm elections.

Gribbin is the latest official to announce they're leaving the White House in recent weeks, joining the likes of H.R. McMaster, Hope Hicks, Gary Cohn and several others.