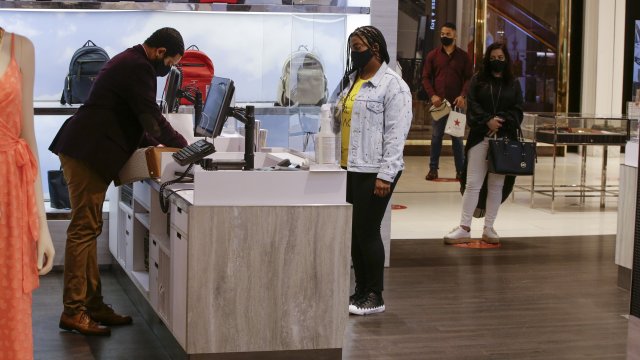 In an otherwise terrible job market, these positions are on the rise. But experts say they can only do so much.

It’s been a tough year for the labor market. But job openings for diversity and inclusion roles are popping up everywhere in the wake of public outcry over George Floyd’s death.

In the 45 days since the protests started, posts for these jobs were up by nearly 100% compared to the 45 days prior, according to new data from LinkedIn provided to Newsy. And they span all industries, including some of the least diverse like tech and media.

“The efforts that we’re seeing now are far overdue,” said Tauhid Chappell, executive board member of the Philadelphia Association of Black Journalists.

There’s optimism that they can be a force for good, but there’s also skepticism over the expectation and language used when trying to recruit.

“As soon as you use the term ‘minority’ it is less than, it is a fraction of, it is not the significant piece,” said Lisa Ross, COO of communications firm Edelman U.S.

Experts also say it should be everyone's job to promote a diverse and inclusive work environment.

“It can’t solely be the job of that role to drive the efforts around a company’s diversity and inclusion,” said Sara Prince, partner at consulting firm McKinsey & Company.

While experts applaud the creation of these roles — which have seen a steady increase in hiring since 2015 — not everyone believes the lack of diversity will be solved by just bringing more people in.

“It’s not just about hiring. It’s about removing power from the people who currently have it because they’re not doing their jobs,” Chappell said.